It’s already been a year! Today we celebrate at the orphanage in Nakuru, which you have built. 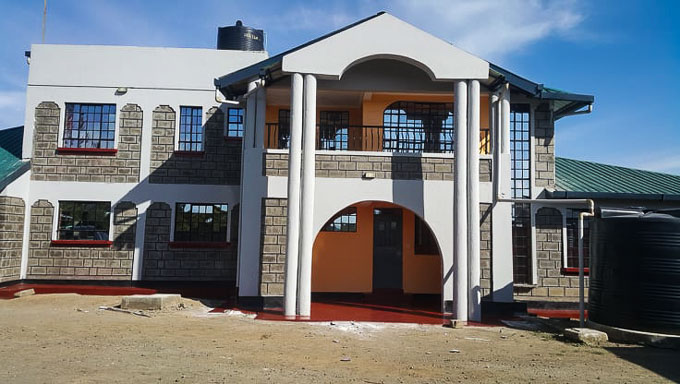 Coffee? Tea? Everyone who has contributed to the fact that the children in Nakuru have a home – celebrates with us today.

It’s not an ordinary orphanage in Kenya trying to achieve financial stability and independence  from good people’s donations in small steps.

It’s not a moneybox without a bottom.

The first memory from a stay among children, details of complete construction and project from  the very beginning to current state you can find more on the website https://haveafuture.org/childrens-home-kenya/ 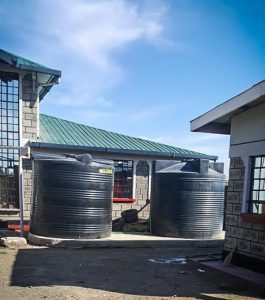 And so it began…

When I enter a room, Joshua grabs my legs and practically knocks me to the ground. I am trying  not to lose balance, so I grab a seat with reclining Rachel on it. Three years old Naomi runs  across the carpet to the rescue, and from the other side, alerted seven years old, Timothy is  bumping into her and smashing me instead of saving me. We are staring at each other, seriously valuing the damages. After that, we burst into a laugh. 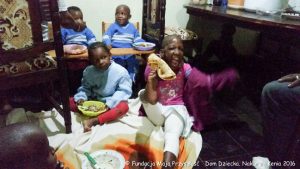 Regina appears in the living room door,  asking about the cause of felicity and putting me a little Esther in my arms. She sits on the floor  to swaddle Mari and Debora. We are talking about the failure in Swahili and English. Jane, who  has just come out of the kitchen, is listening to it. Regina asks her to fold a washed pants and the  other children’s pantyhose. 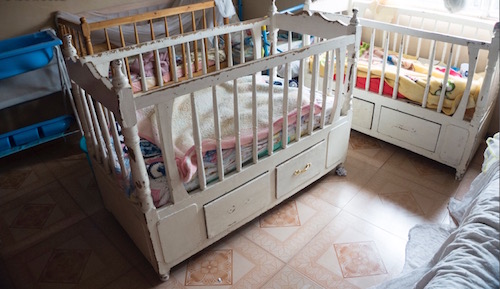 Jane, who has sat on the couch, begins to scroll and stack them using  only her feet and strokes them gently, from time to time, with his heel or calf. The developmental defect causes her not to utilize her hands. A few minutes pass, and we get a handle on the  children. Regina takes the opportunity to pet Rael and hugs a few months old Mari, who is  anxious today.

There is a sound of a parked car coming from outside the window. It means the father has come  back home. The general racket and confusion suggest that Ramsey and Charles have already  arrived. The former boy storms into the house. The latter is moving on his knees, albeit with  equal enthusiasm even despite his cerebral palsy. The children greet Steve with a shout,  “Daddy!” climbing on his shoulders. Before taking the smallest child, he washes his hands in the  bowl, for there is no running water, and they carry it from an external carboy. 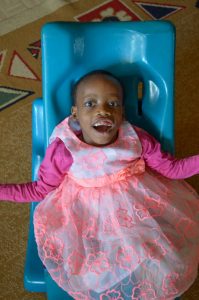 With disbelief, I  am looking around, sitting in the very epicenter of these events. Accustomed to working in  orphanages with African children, I know that the atmosphere could be sometimes depressing,  the mutual relations are very formal. And the children should have no voice and be silent. They  are supposed to be “polite,” unnoticeable, and do not cause any trouble. Beating them about the  head is often on the agenda.

It’s different here. Perhaps, it isn’t a “nursery” where in exchange for funding and donations from  people, they raise children until their legal age unless they escape earlier. Regina has broken the  pattern. She has proved that preparing children’s adoption documentation is possible in Kenya.  As she speaks herself, a child has a high chance of properly maturing and developing only in the  right family. Therefore her goal is mainly the real child’s adoption. She placed many of them for  adoption, both in Kenyan families and international ones.

We do not presume that someone has found them in the dumpster by watching them. They come  from incestuous relationships, which is equal to sentence them to death there. There are other  examples: saving children from a street after a kidnapping, a mother coming from a criminal  family hands her child over to protect it from the same fate, a mother who starves and abuses  their children, which is compensation for the fact that someone beats her.

A child is a wonder. Regina and Steve think in that way. Therefore, they try to find full families  for their pupils at all costs. More at https://haveafuture.org/childrens-home-kenya/