In 5 years, as many as 13 people supported Grace on her way to a better tomorrow. Thanks to donations of 13 Donors – one-time or cyclical. When in September 2013 we were happy with the success of the 16-year-old who was admitted to university, nobody knew how her fates would go on.

An exceptional student and an extremely nice girl who wanted to change the world. Your world. Our world. The idea of the Foundation is to facilitate the eduction of those children who really want to, they try, despite the adversities that we can not even imagine in developed countries. Grace was 16 at the time and she was just such a person.

She did not want to be forced to use the help of volunteers and humanitarian organizations all her life, she wanted to have knowledge and opportunities that would allow her to develop and earn. It is for people like her that there is a foundation educational program Adoption of the Heart – not to make African people like her dependent on our support, but to give them a basis to change the reality that surrounds them. The more we help to educate, the more countries and even continents – they will get back on their feet faster. It is a long-term perspective, for many too wide, but we  believe that although we operate locally – step by step – we are changing the world globally.

Grace passed the exams for 3 years nursing studies, which cost annually ranged between 1570 and even 1800 EURO. Today, on the 5th school year, she completes an intership. Free. This year does not cost us anything, and she already helps people in her neighborhood. She works in a hospital. In April, when she started, she worked mainly on documents, and nowadays patients are treated. And it changes the world of the local community for the better. She will return to supplementary master’s studies next year, after completing the intership. Below, Grace and her grandma in 2013 and 5 years later in the hospital.

Adoption of the Hert is a team work and only together we can change the lives of children and young people, who without our help are condemned to adulthood in poverty and hunger. Many people decide to help their individually, necessarily alone. Charges for many children, however, exceed the capacity of one person or one family, help becomes so minimal that it is irration. Many of our pupils need between 360-700 USD annually to even 1800 EUR for students. If you can help and you have the humility to be successful, just as 13 people today are happy with the success of Grace – write to us: adopcja@majaprzyszlosc.org.pl 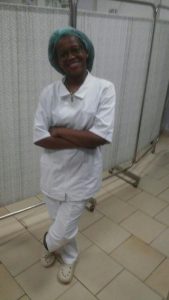 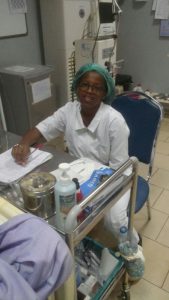 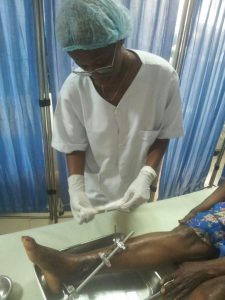