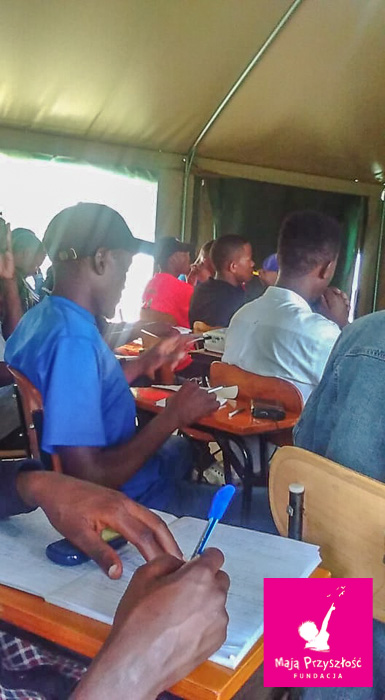 For the first few weeks of the year, you were financially supporting a guide  course for one of our students. – Timothy.

The module began on time- as you can see on photos from the very first enjoyable day. The day was also the first  day of didactic classes. Because of the epidemiological threat, they  interrupted the school classes after one just day. Timothy stayed at home  without a job because there were no tourists on Kilimanjaro. He wrote that  life became even more difficult if we can put it in this way, under those  circumstances. There is a lack of livelihood, and also access to any food.

He  and his girlfriend set up a corn and bean plantation before the epidemic. He  was waiting for the first harvest in April and May. We received the  information that the school will resume the classes on June 1 unless the  epidemiological situation worsens. During the course, he will live in a tent to  minimize his maintenance costs. If you are willing to support Timothy when it comes to purchasing food in June and July (during his learning), we encourage you to make an online donation or through data included in the March post: 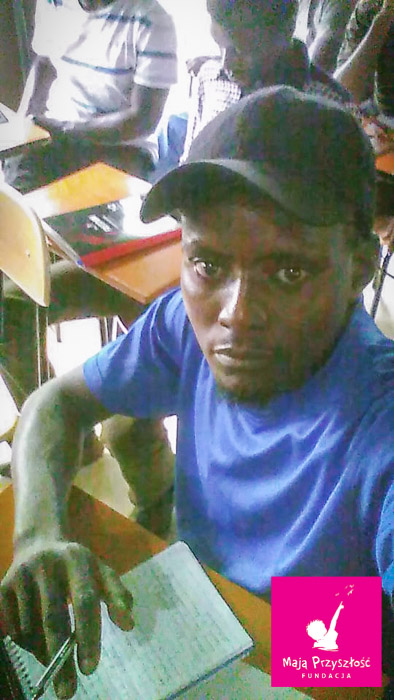